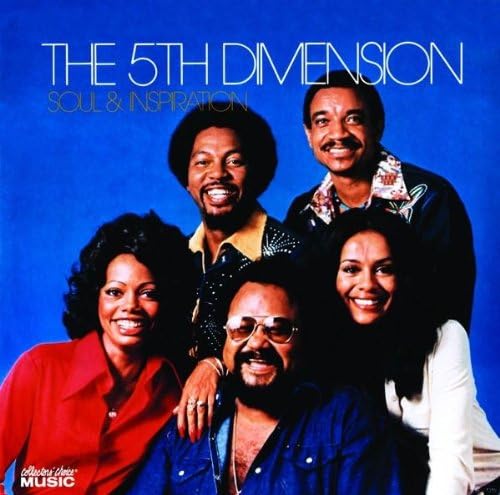 Not only was Soul amp; Inspiration (1974) the 5th Dimension's last outing on Bell Records, it served as the penultimate long-player to feature the original quintet of Lamonte McLemore, Ron Townson, Billy Davis Jr., Marilyn McCoo, and Florence Larue. Behind the scenes, band politics as well as the power structure at the record label ultimately led to a parting of ways between the 5D and their longtime producer Bones Howe. Even though the project is replete with good to above-average performances, it undeniably lacks the sonic cohesion that had become their collaborative calling card. Understandably, many of the album's highlights are likewise remnants from Howe's tenure. The title track -- an update of Barry Mann and Cynthia Weil's "(You're My) Soul amp; Inspiration" -- opens the affair. The funky interpretation of Bill Withers' "Harlem" has some of the refined Philly soul flair that John Florez brought to the project. On the other hand, McCoo's lead vocal is the only thing that makes the cover of the Eagles' "Best of My Love" tolerable. More pointedly, one can easily measure Howe's absence as the melody and talent are so full of unexplored possibilities. The Davis-sung "My Song" is a keeper, with the vocalist leading the pack behind an equally gritty horn-driven score courtesy of ace arranger H.B. Barnum. While "No Love in the Room" might have accurately described the internal acrimony within the 5D's camp, Florez did no one any favors by setting it to an ersatz four-on-the-floor disco backing track. The lull is then broken by a pair of absolute gems. The heartfelt Howe-directed "House for Sale" and Barnum's sensitive and melodic rendering of "Somebody Warm Like Me" -- prove the 5D still possessed their singular brand of enduring pop-meets-Ramp;B vocal magic. Incidentally, the latter was penned by Tony Macaulay, the author of the combo's "(Last Night) I Didn't Get to Sleep." ~ Lindsay Planer, All Music Guide